Virtual review proceeds via a two-step process; preliminary grades are used to triage the pool of proposals and only the top-ranked of those proceed to the panel meeting.

Panels typically receive more proposals than can reasonably be discussed during the panel meeting. The triage step removes the lower-ranked proposals from consideration and ensures that the discussion time is focused on the higher-ranked, competitive proposals.

During preliminary grading, proposals are read and graded by 6 panelists. These grades are averaged together, and the average grades used to rank the proposals. The spread in grades amongst the panelists is also calculated. 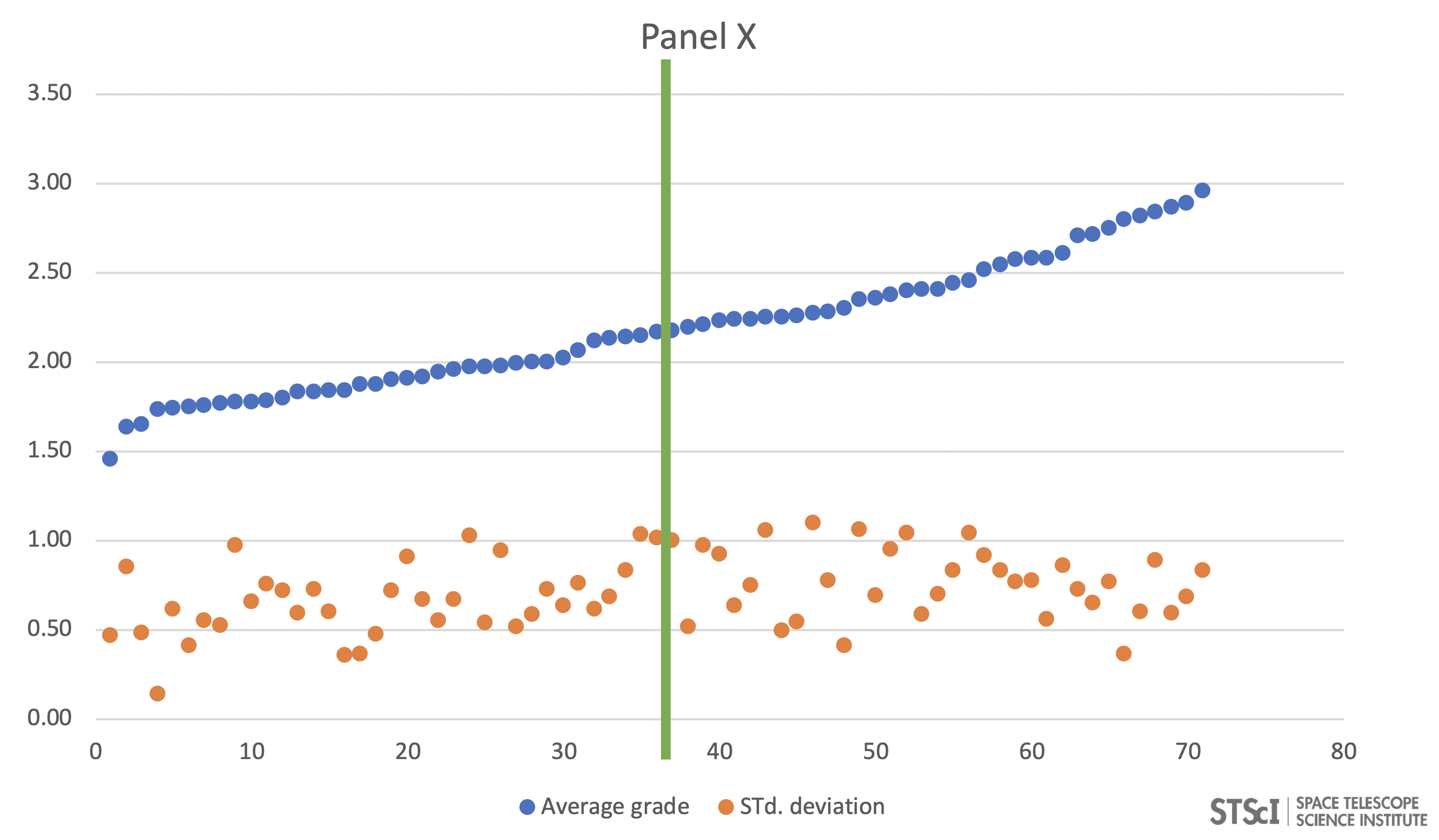 The non-triaged proposals for the Discussion List, and will be sent to all panelists. No grades or ranks are sent, only the list of proposals.

In rare cases, fewer than 6 panelists are available for grading due to conflicts of interest. Such triaged proposals are flagged. Triaged proposals with a high spread in grades are also flagged.

Panelists should be prepared to discuss and grade all proposals on the discussion list during the panel meeting. As they will only have read a subset of proposals for preliminary grading, they should read any additional proposals on the list ahead of the meeting. The deadline for preliminary grades is deliberately set to accommodate this extra reading, and SPG endeavours to turn around the triage as quickly as possible (typically 1-2 days). Timely submission of preliminary grades is critical to allow enough time for extra reading, a panel cannot be triaged until all panelist grades are submitted.

If a panelist feels strongly that a triaged proposal is worthy of discussion, then they may suggest the proposal for resurrection; panelists may particularly wish to consider proposals with fewer than 6 grades or high grade spread at this stage. Panelists may suggest at most one proposal, and should submit their suggestion to their panel Chair and Vice Chair before the start of the panel meeting. This is an optional step and is not required, indeed most panelists do not make suggestions.

When considering whether to suggest a resurrection, bear in mind that not all discussed proposals will be approved for observation, so resurrected proposal would have to climb significantly up the ranking following discussion to be approved for time.

At the start of the panel meeting, suggestions for resurrected proposals will be discussed briefly and a vote taken by the panel on whether or not to resurrect each suggested proposal.

Next: Preparing for the Panel Meeting